I’m so excited to announce the release of my second Girls on Film novella, I can’t resist sharing a tiny taste with you. As with Little Blond Lies, Body Double is a stand alone read.

Set on an exclusive tropical island resort, the heat soars to ‘sizzle’ when celebrity ex-cricketer Aryan hires actor Kira to stand in for his elusive fiance for a romantic weekend. There are so many reasons they must resist the powerful sexual chemistry that makes acting passion – without acting on it – so hard… and its so much fun to watch them struggle.

Here’s a sneak peek, with a link to the book at the bottom…

He was so close the significant heat of his body seared through the fabric of Kira’s dress, his bicep against hers, his chest millimeters from her breasts. Aryan’s scent invaded her nostrils, a mixture of active man, leather and a cologne she’d never smelt before but was instantly addicted to. She tore her gaze from his mouth, turned up in an approximation of a smile, his full lips stretched thin with annoyance, and glanced upward. At that proximity, she could see his eyes didn’t echo the smile on his lips.

Not impressed with my performance? I’ll show you one even you’ll believe.

“Hello sweetheart.” Kira stretched her body so she stood almost as tall, swaying close so her breasts brushed his chest, her smile teasing as she parted her lips slightly, just as she’d seen his fiance do in a photo.

“Actually its Bunny,” Aryan corrected in a monotone as he slanted his head like a predator intent on the kill. His gaze dropped to her mouth and he pulled her torso against his.

Kira stopped breathing. He was going to kiss her.

Time slowed as his mouth dipped to hers, and Kira had to fight the urge to meet his lips with passion. The force of his mouth as it captured hers tipped her head back, opening her mouth to his and pulling her into his vortex. She gasped, inhaling his breath, sweet with real mint.

Suddenly, her body was molten, every nerve end tingling where he pressed against her and she melted against him, her tongue seeking his. This man was no soft rabbit. He was solid as granite, his ribs and chest rock-hard.

Well, it’s that time of year again – I’m off to Sydney for the annual RWA conference, and I’m going as a prize-winner!

I recently ranked first in the Spicy Bites competition, and my story Daisy, Chained, will appear in the annual RWA Short Story Anthology Chains, which is being released on August 18 (this Saturday).

The story was a pleasure to write, the words seeming to flow through me–almost writing themselves–from my imagination onto the page. I almost felt like an imposter when I heard I’d received a score of 100% from the judges.

I would love to share with you a short excerpt. But first a quick background…

Daisy, hiding the vulnerable side of her nature behind her adopted name Kalika (for the warrior goddess), is the only female member of a private martial arts club.

Hiro is a special guest, invited to demonstrate a weapon not previously used at the club – a chain whip. Sounds kinky, hey?

END_OF_DOCUMENT_TOKEN_TO_BE_REPLACED

To some, the sight of a well-tended, attractive foot is a huge turn-on. Why is it that a high arch, elegant toes, foot jewellery and/or sexy shoes can turn a normally sensible person into a slavering sex slave?

There are a few theories, but this is the one I particularly like:

Other researchers have found the smell of feet is arousing  to some – the natural odour of feet can act like pheromones.

For men, interest in pretty peds may be because they don’t typically spend any time on their own feet, whereas women often make an effort to make theirs look attractive. The arches and natural curves of the woman’s foot can be as arousing as any feminine curve.

Ogi Ogas, a neuroscientist and co-author of A Billion Wicked Thoughts, explains, “Following cue theory, during a man’s critical period of sexual desire formation, his innate foot cue makes him more likely to pay attention to feet and makes him more receptive to foot-related stimuli. If through chance or culture he is then exposed to a strong foot-related experience—a woman sticking her foot in a thirteen-year-old’s face or watching your first girlfriend slowly unroll her black stockings—then the foot-related details of the experience are more likely to get imprinted.”

I can definitely appreciate how a lovely foot can be a turn-on, but from what I understand, having a fetish means that in order to be fully sexually aroused, you need to focus on one body part. In the case of podophilia, a foot fetish, the body part/s involved are the feet.

But there’s no reason you couldn’t call your love of a beautifully tended foot a fetish, if that’s what turns you on 😉

And if feet are your man’s Achilles heel, here are some positions he’ll love:

In case you’ve noticed how quiet things have been around here, it isn’t because I got caught in an alternate universe… I’ve been writing women’s fiction, which doesn’t really lend itself to making discoveries suitable for sharing here.

On the up-side of my ‘vanilla’ pursuits, I’m currently editing a story that I wrote with quite a lot of spicy sexual elements, most of which are going to need to be heavily edited or removed, so the story fits in with the rest of the series.

So, as I come across those naughty little scenes, I’ll share them here 😊 I hope you enjoy them.

And in the meantime, I’ve been exploring the ‘hows’ and ‘whys’ of the female foot as a sexual turn-on…

I absolutely adored the book when I first read it many years ago, especially Ian McEwan’s descriptions of the ripeness of Robbie and Cecilia’s sensual awakening.

After knowing each other all their lives, on a sweltering day of growing agitation, Robbie concedes to the force of their unacknowledged attraction by ‘accidentally’ sending the wrong note of apology to Cecilia prior to a formal family dinner. 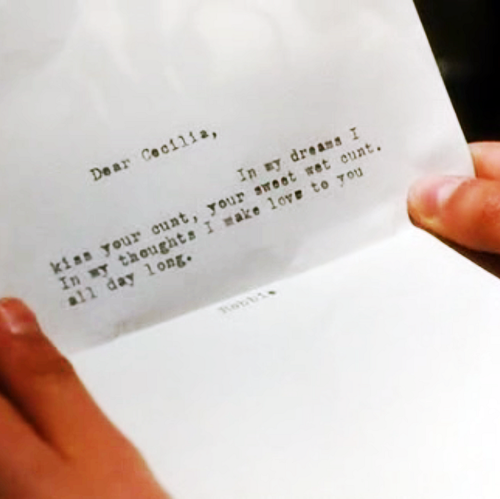 “The anticipation and dread he felt at seeing her was also a kind of sensual pleasure, and surrounding it, like an embrace, was a general elation – it might hurt, it was horribly inconvenient, no good might come of it, but he had found out for himself what it was to be in love, and it thrilled him.”

Cecilia is shocked by his note but his words make her realise that the friction growing between them is sexual and the cause of her frustration, resulting in ‘that’ scene in the library.

“Daringly, they touched the tips of their tongues, and it was then she made the falling sighing sound which, he realised later, marked a transformation. Until that moment, there was still something ludicrous about having a familiar face so close to one’s own. They felt watched by their bemused childhood selves.” END_OF_DOCUMENT_TOKEN_TO_BE_REPLACED

One of my favourite escapes from reality is to submerge myself in the stunning images on Pinterest.

I came across a photograph which really resonated with me (aptly called ‘The Point of No Return’ by Tatyana Druz, found at 500px.com). I thought I’d share it and the visceral reaction it prompted.

I love the closeness of the couple and the immediacy of the plunge they are about to make together. I instantly recalled that wonderful, scary excitement when you’ve just met someone and you just know you are about to fall hard – for good or bad.

Or when you’ve just begun a new sexual encounter and all the pieces are falling into place – every touch is perfect and builds the anticipation and pleasure to dizzying extremes. You’re tensed and impatient for that blissful, heavenly drop – when you become an ethereal being with no physical boundaries.

A deliciously cheeky male friend of mine recently asked me this question. “What turns you on”? As I tried to formulate a succinct answer, I realised there are many layers and complexity to the phenomena of desire: different situations, different moods. So I asked for some time to think about it. Here is the response I gave him.

In passing. You’re on the way to a meeting, or heading home from work and someone in the passing crowd attracts your interest. What is it that makes you want to turn from your path and follow a stranger? For me, it’s the scent. Very difficult to define, but you can just tell when the scent matches the man wearing it… maybe it’s skin chemistry… maybe the cologne enhances the particular smell of the man you would normally be attracted to (studies have found where one woman may find a particular man attractive according to the way he smells, another woman will not. And that can change depending on where you are in your menstrual cycle). Other men may smell good, but not in a way that turns your head. When it’s right, you just can’t help turning around to try to find the source. For me, it normally leads to a well-groomed man in an exquisitely cut business suit.

In a contained crowd. For me, it has to be eye contact. Not the creepy kind that makes you want to turn away and move as far away as possible, but the kind that says “I know you”. Even though you’ve never met before, you sense a connection and see by the look in his eye that he does too.

In conversation. This would have to be the most universal answer. To find that you have interests, hobbies, opinions in common. But it is also very stimulating to talk to a man who has a slightly different view on a subject you share an interest in: when he challenges your thinking and stretches your beliefs.

On a date. A man who effortlessly treats you like a lady. I like a man who acts like he’s in control (as long as there is no unconsenting physical force). He doesn’t lunge for the door to open it just as you place your hand to do it for yourself. He doesn’t awkwardly pull the chair out for you as you sit down. He does it all as if it’s second nature: he’s not even thinking about it.

In the bedroom. Slow and lots skin contact… a man who is able to touch you anywhere and give you shivers of desire. Hand, calf, neck… The biggest turn off would be when he goes for the obvious sexual zones straight off. Unless that’s where you NEED to be touched, then it’s definitely a turn on to be with a man who is open to requests/instruction. But it can be nice to be teased – for a little while.

So… what turns you on?